Numismatics and Philately in San Marino

Worldwide symbols of sovereignty and independence

Coins and stamps of San Marino

The coins of San Marino: from history to the present day

Back in 1862, the Republic of San Marino signed a monetary agreement with the Kingdom of Italy that allowed it to have its own currency. Article 24 of that agreement reads as follows:

"the coins that the Republic deems fit to
mint over the years shall be legal tender in the Kingdom,
provided that they adopt the decimal system and have
the same titer and weight as the coins of the realm”. 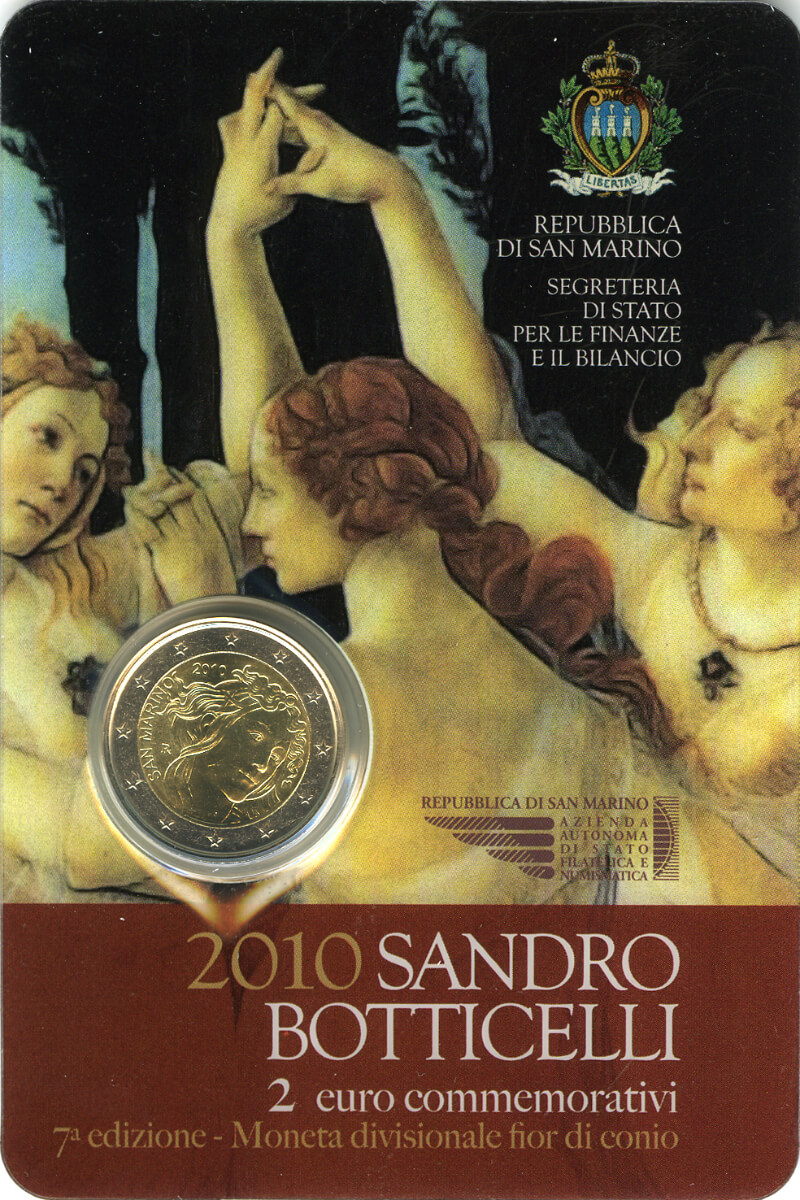 The first Sammarinese coin was minted on 23 October 1863: it was a round 5-cent piece of copper and only 280 of them were issued. It showed the official coat of arms of the Republic, namely the three towers surmounted by a crown and surrounded by a laurel branch and an oak branch. Many others would follow this first coin issue until the lull caused by World War I and the economic crisis of the time. Numismatics returned to its former glory in 1972 with the issue of numerous series that remain today a sign of prestige, originality and total autonomy even after the arrival of the single European currency.
The monetary agreement of 29 November 2000 between the Republic of San Marino and the Italian Republic on behalf of the European Community, opens the way for the small State to issue euro coins, divisional coins (what are they? an in-depth look follows), and collector coins for a maximum annual value of € 1,944.00.

The coins issued by San Marino have the same face value as those issued by the other Member States of the European Community, which have adopted the euro. The common and national sides have the same technical and artistic characteristics as well. The Republic of San Marino notifies the competent Community authorities of the design of the common and national sides in advance.
It is possible to consult and purchase the coins from the Philately and Numismatics Office in Piazza Garibaldi, 5 - San Marino and on the website www.ufn.sm. 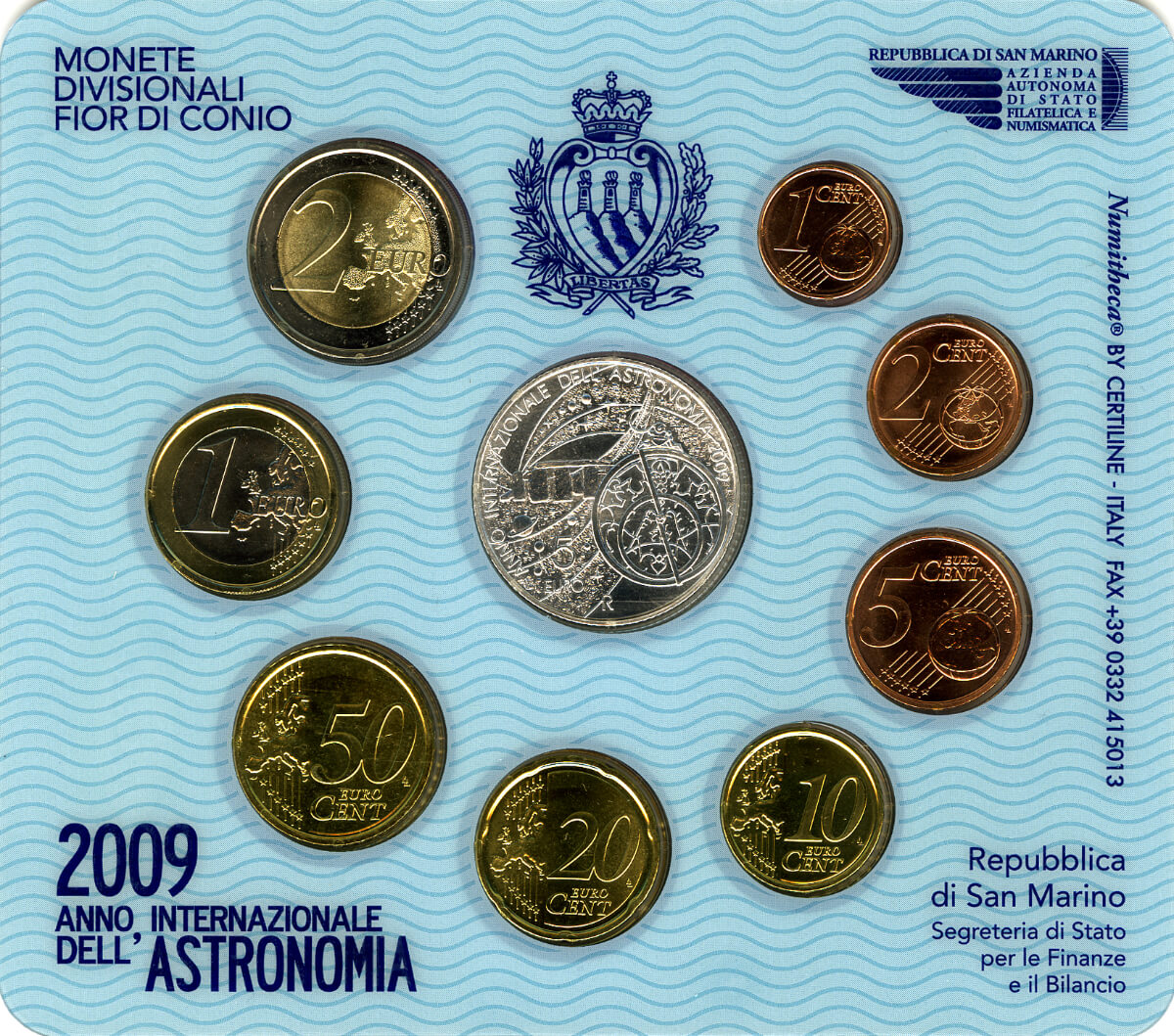 What is a "divisional coin"? It is a coin suitable for payments of limited amounts (from 1 cent to 2 euro) issued by the State Mint with limited liberatory power. 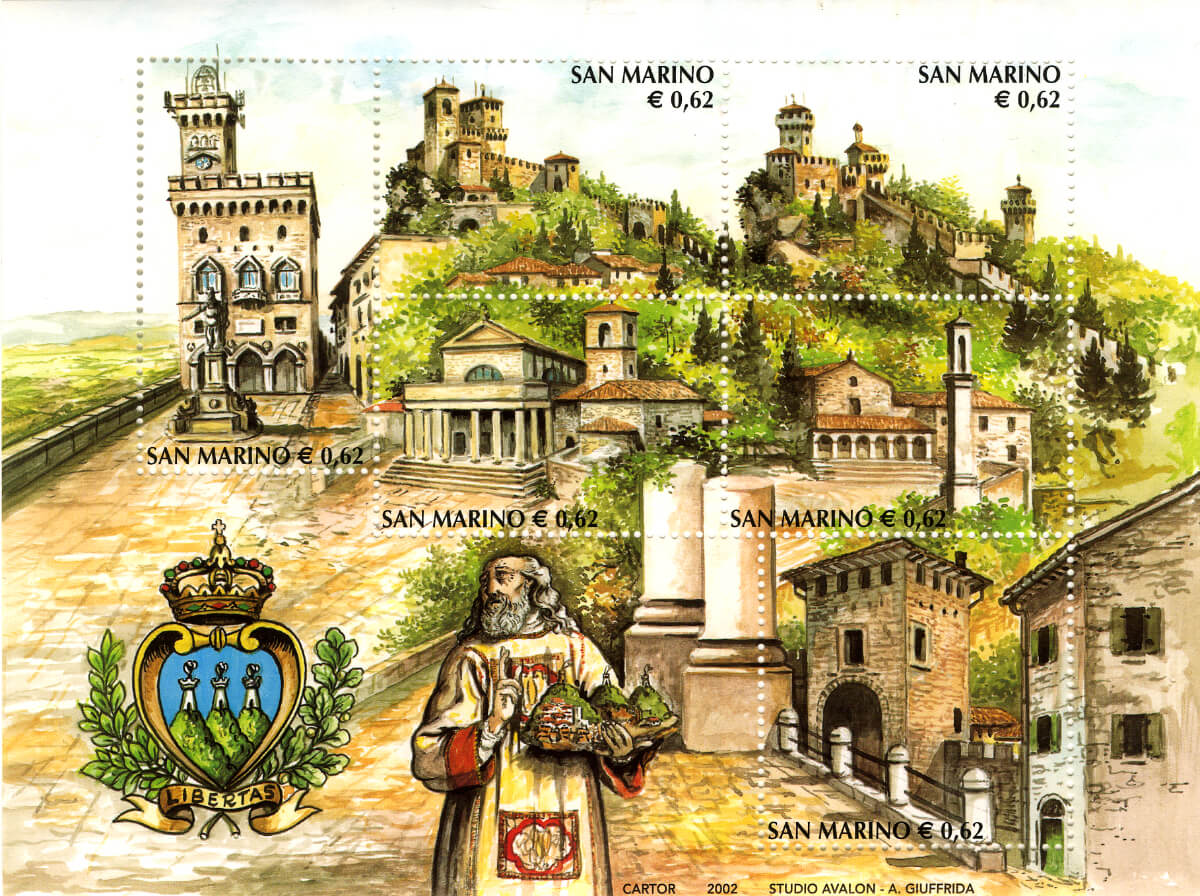 The stamps of San Marino: a treasure trove for collectors

Sammarinese philately is known throughout Europe for the graphic and aesthetic beauty of its stamps, which have always attracted huge numbers of collectors.
Behind this great success lies the willingness on the part of the philatelic administration of the Republic to turn to artists of world renown to produce the stamp’s design.

The watermark of Sammarinese stamps was usually distinguished by the "three feathers" which, over the years, have evolved graphically: from 1929 to 1947 they were placed in parallel to form a stairway; from 1947 to 1970 the three feathers were folded with the base converging in a single point. When was the first San Marino stamp issued? The first series of stamps (called "perforated rectangles") is dated 1 August, 1877 and showed the official coat of arms of the Republic: the characteristic "three feathers".
Through these first issues, the Ancient Land of Liberty was able to transmit knowledge of illustrious characters, events and institutions of the State. 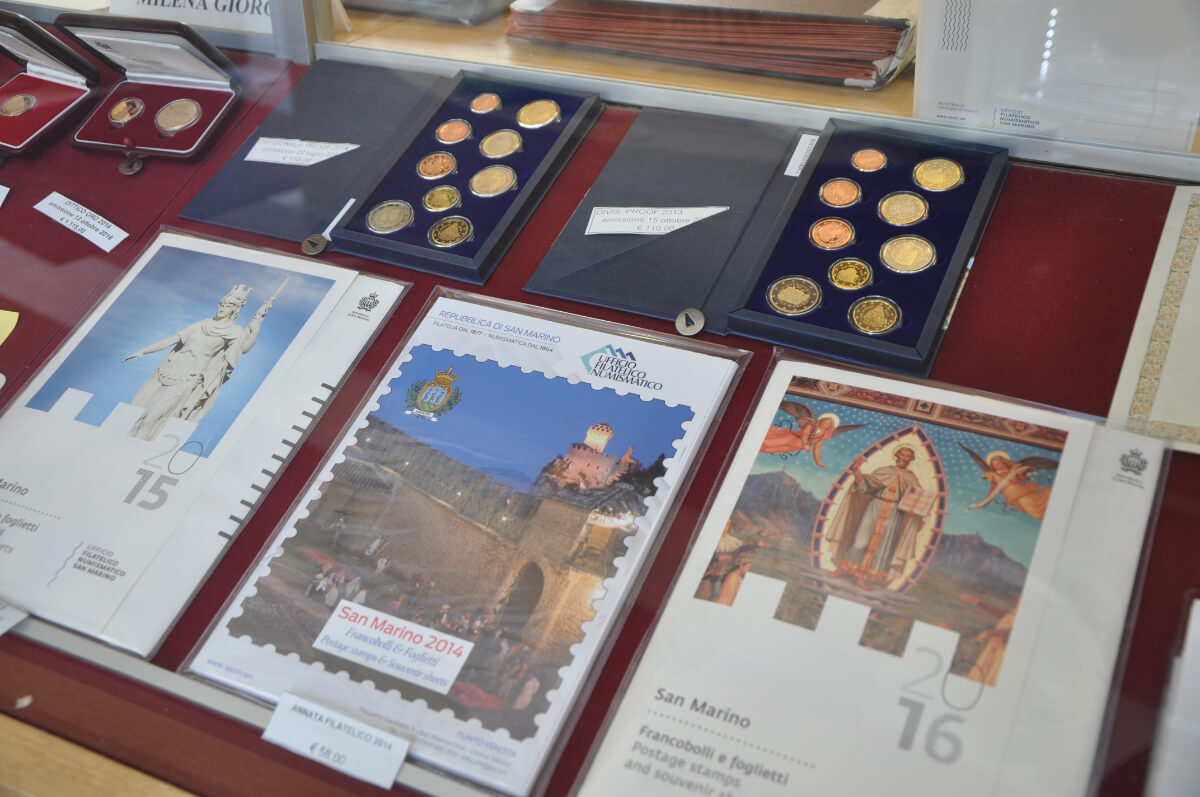 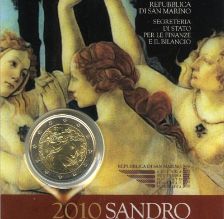 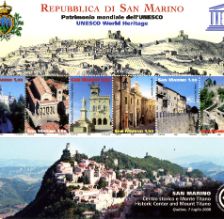 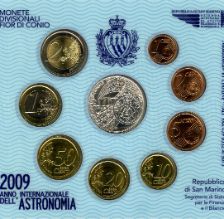 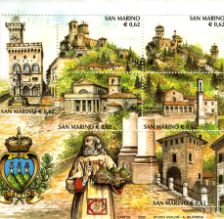 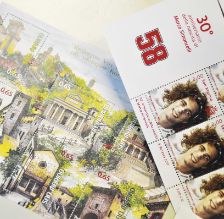