Population and Territory of San Marino

A jewel set in the heart of Italy

The Republic of San Marino and its territory

Where is the Republic of San Marino?

The Ancient Land of Liberty is located, geographically, in central Italy and touches the two surrounding Italian regions: Emilia Romagna (province of Rimini) to the north-east and Marche (province of Pesaro-Urbino) to the south-west.
In total, the border with Italy extends for almost 40 km.

The lowest point and the highest point

The territory of San Marino is prevalently hilly and, for this reason, characterised by different altitudes that give those wonderful views that we are used to admiring in all the photos and postcards of the place.
Dominating the entire Republic is Mount Titano, with its 749 metres above sea level, the highest point in the country.

Mount Titano marks the beginning of the Tuscan-Romagna Apennines and it is from this point that some rivers - the Marano and the Marecchia, for example - flow directly into the Adriatic Sea.

By contrast, the lowest point of the country is Falciano - municipality of Serravalle - with its 55 metres above sea level. It should be remembered, in fact, that the Republic of San Marino is located 10 km from the Adriatic Sea as the crow flies 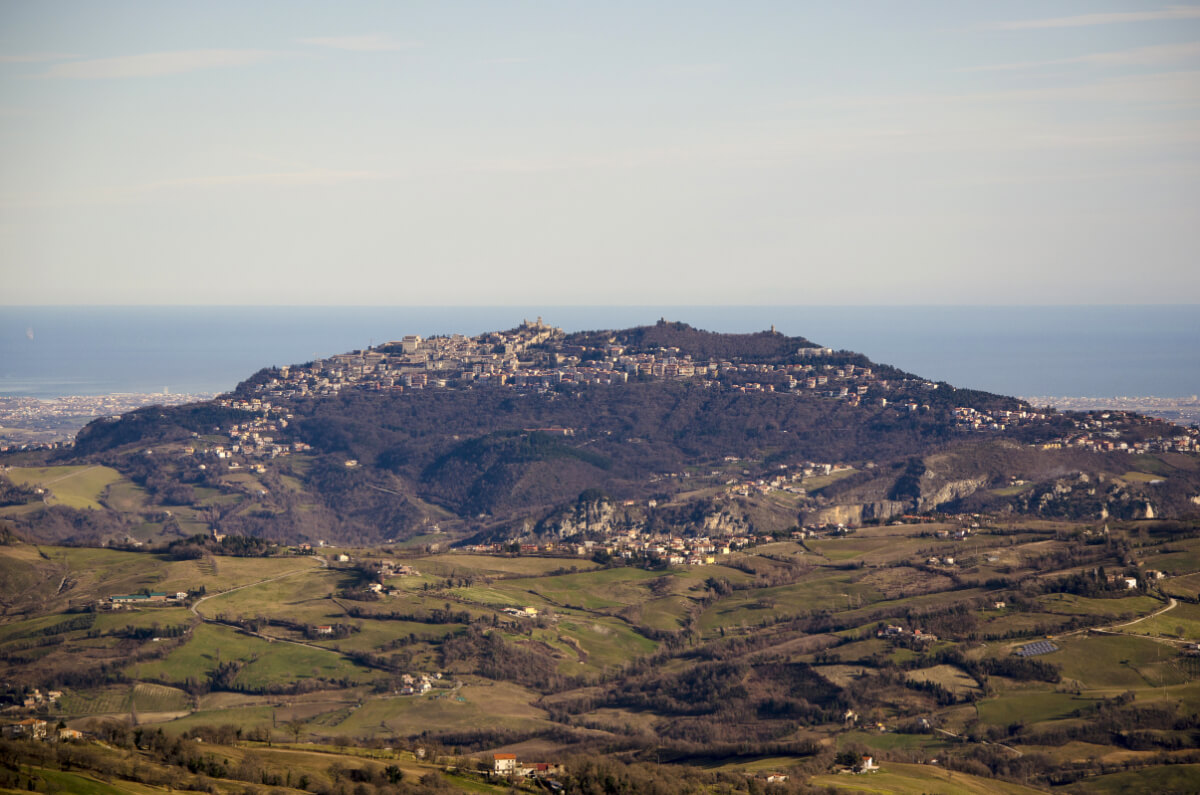 Is it possible to become a Sammarinese citizen?

Yes, it is possible but this type of citizenship is granted on the basis of the Citizenship Act of 30 November 2000 No 114 and subsequent amendments.